I DID IT!!!! I had a successful vbac with inverted t, circumvallete placenta, & growth restriction at 40 weeks 4 days.

Labor started on Sunday, August 30th with a few contractions every hour, then yesterday evening, Monday August 31st, got closer together.
Around 4:30am I decided it was time to go to the hospital, I had gotten no sleep & the pain was insane. No one warned me that contractions with a scar going  the length & width of the uterus is like contractions with pitocin on steroids! So I got an epidural & thank god I did because I was extremely exhausted, dehydrated, & a little out of it. I was 6cm dilated when we go to the hospital & contractions every 2 minutes. Within an hour I was dilated to 8cm, completely effaced, & -1 station, then after another hour & a half & finally getting the epidural I was fully dilated & baby was ready to come out.
They broke my water & I began pushing. Contractions slowed to 1 minute apart after water was broken so I had to wait to push, but after 3 contractions, pushing 3 times with each contraction, baby boy was out.
I had the most supportive doctor & staff, I am extremely happy with how the delivery went. I wouldn't change anything!

I can't even begin to explain the amazing delivery. I could feel him while pushing & he just came out so easily. I pushed my hardest & they did have to put the oxygen mask on me after the first contraction of pushing.

I usually get sick from seeing blood & the other stuff that's on baby, but when I was on the final push doctor pulled him up right in front of my face because of the position I was in & all I could think was thank you God, I did it! I just birthed my baby vaginally when I was told I would never have a vaginal birth again after my csection. I proved that bitch wrong!
I told my doctor while baby was being looked at & she was delivering the placenta "I told you I could do this." She replied "yes you did & you did it." Then all the nurses & doctor told me I did great & can't believe how fast I pushed him out & without any complications. There were a total of 6 nurses in the room because of the high risk situation & especially become of my previous deliveries they expected something to go wrong, & even set up the baby warmer just in case.
Babies apgar was 9, he only got docted a point for his color because his body was blue when he came out. The nurse kept saying he's perfect & looked great. I was smiling from the moment I saw her pull him up in front of me & kept saying I did it once he was out. He had one heart decel when I moved my legs up to push so he was immediately taken to be checked out & wiped off.

I was so happy & proud of myself. I can't believe how easy it was to push him out. I FINALLY got my good birthing experience!! I was praying the entire time I was in labor because I needed to know God was there with me this time, so many things could have gone wrong & nothing went wrong. I prayed before pushing & asked God to help me push my baby out without issues & he did just that.
Baby boy is perfect.

I'm doing & feeling great. Hopefully getting to go home tomorrow.
I miss my other babies! Alice loves her new brother & wanted to hold him, rub his head & of course pick his nose. Alakaid didn't want to hold him but loved it when he was looking at him, he was very curious about breastfeeding too. I'm ready to be at home with my family.

I still can't believe how God makes things happen. I never thought it would be possible for me to have baby boy in September but God had that planned apparently. It's amazing, not only do I share a birthday with my dad, but somehow my family of now 5 has a birthday in September, October, November, December, & January! If you ask me I think that's pretty cool.

As most of you know we were extremely surprised & scared when we found out I was pregnant this time, especially because my csection with Alice was just shy 20 days from being a year, so there were a lot of risks involved & this pregnancy & delivery turned out to not only be the most high risk but the best & easiest!

Also, I never had to go to the hospital for any medical reason during this pregnancy either, other than to register & deliver! With my others I was in & out of the hospital with infections, dehydration from puking so much, early labor contractions, etc.

& I'm only a little swollen, having light bleeding, & my iron is ok because I'm barely bleeding. I feel great. The only pain I'm having this time is cramping & mainly when I'm breastfeeding or right after. I am so thankful I got not only a healthy perfect baby, a vbac with a special scar, but I have no health problems or pain this time!

Also, I want to add that I do not regret getting an epidural at all. Actually I'm very thankful I got it because it not only made me feel better when I was extremely tired from no sleep, & exhaustion from the pain. But I was able to enjoy pushing my son out, & I was able to push him out fast & easily. I know that if I would have suffered through that pain, the delivery would not have gone as easy & simple as it did. I would have been too tired & exhausted & wouldn't have had the energy to push my baby out, & it could have ended in another rcs.

As for this pregnancy, labor. & delivery I have no regrets! I'm so proud of myself!

If you are from the vbac or special scars group on Facebook then just know YOU CAN DO IT!! No matter what anyone else tells you, you can have a successful vbac, & YOU are in charge of your pregnancy, labor, & delivery! I hope this successful vbac experience inspires or helps other csection & vbac mamas.

Also, I'm going on no sleep & it's after 11pm, which means I've gone over 38 hours without sleep, so I will edit any misspellings in this post another day. 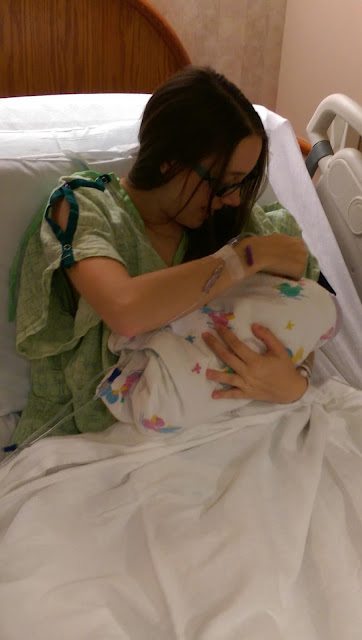 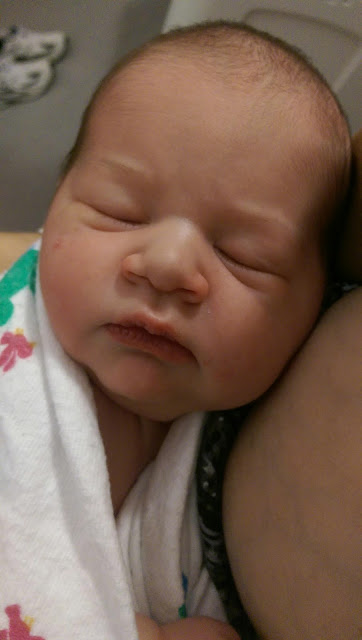 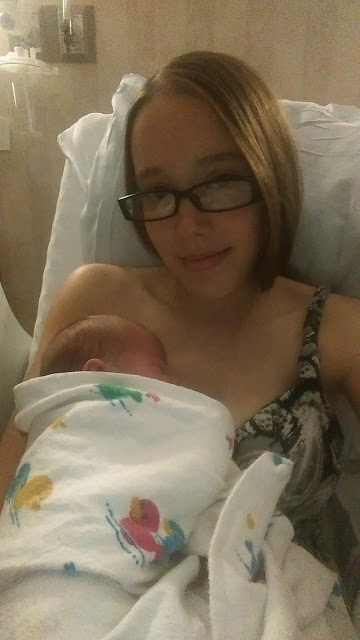